Laser vision correction has transformed the way in which we can see the world around us. Where once, the only options for correcting refractive vision errors were glasses or contacts with prescription lenses, today, laser vision correction can enable patients to obtain optimal visual clarity without the need for any devices that might otherwise interfere with their ability to live life to the fullest. 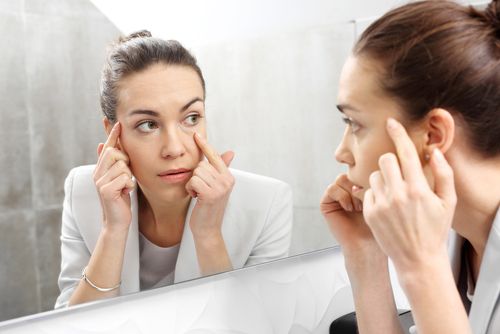 What makes LASIK different from other laser vision correction procedures?

The main element that sets LASIK apart from other laser vision correction techniques is the creation of a flap in the epithelium, which is the thin, outer layer of corneal tissue that must be moved in order to perform the treatment. In LASIK, the creation of the hinged flap in the surface of the cornea is either created by hand or using a laser. After the cornea has been reshaped, the flap is placed back into position and left to heal naturally. Although this technique can facilitate a swifter recovery, there are an array of risks associated with flap creation. These include but are not limited to the following:

This occurs when the cells from the epithelium grow under the flap after LASIK surgery. In some instances, this can cause blurred vision and discomfort, and additional surgery is needed to re-life the flap and remove these cells.

Keratoconus is a non-inflammatory eye condition in which the usually dome-shaped cornea thins and causes a cone-like bulge to develop. This can happen if too much tissue is removed from the cornea during your LASIK procedure, or if the patient has a weak cornea. Treatment can involve contact lenses or corneal implants to hold the cornea in place.

Inflammation under the LASIK flap

A little inflammation is normal and to be expected. However, if the inflammation that occurs is severe or uncontrolled, it can compromise the healing process and cause blurred or lost vision. Antibiotics and steroid ointments may help to get the inflammation under control, although in some cases, it may be necessary to reopen the flap and clean the cells beneath it.

Irregular astigmatism is a concerning risk associated with LASIK and can occur if the laser isn’t perfectly positioned or if the flap doesn’t heal correctly. This is because both of these scenarios can result in an unequally curved corneal surface that leaves the patient experiencing double vision.

Infections under the LASIK flap

Although the use of lasers means that LASIK procedures are largely sterile, there is still a slight risk that you may develop an infection. This can happen if bacteria or a foreign object such as a speck of dust or fluid gets trapped under the flap. Antibiotics may then be needed to control inflammation and treat the infection.

With so many potential risks associated with LASIK flap creation, including the overall weakening of the integrity of the eye, we have made the decision not to offer LASIK surgery. Instead, Dr. Minkovitz performs PRK which is just as accurate and successful as LASIK, but with far fewer safety concerns.

If you are considering laser vision correction and would like to find out more about PRK and why we offer this variety over LASIK, or to schedule a consultation, please contact our offices at your convenience where our team would be happy to help.